In an effort to get some in-depth experience with Vuejs and as a project to replace my Hearthstone Mercenaries Helper spreadsheet, I took the time to create an initial version of a suite of tools to aid in tracking mercenary progression in Hearthstone. Because my styling (this is applicable to most of my life, btw) is terribly basic, I pulled in Tailwind CSS for a bit of color and uniformity. I also later found that I needed to bring in a state tracker, so I learned a bit about Vuex. 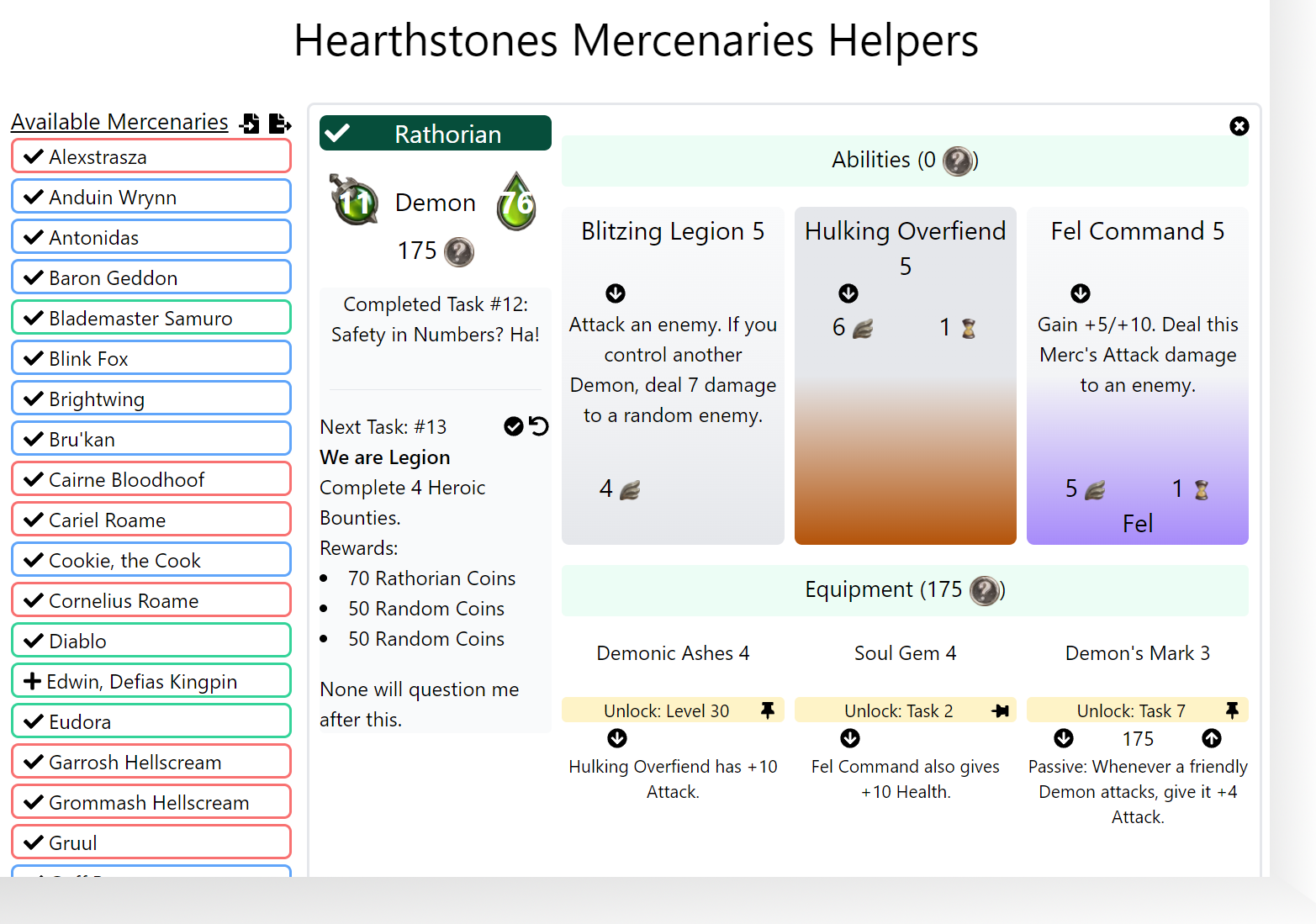 I built the site out a little backwards. First, I tried to think of how I could duplicate my spreadsheet, but that got quickly bypassed as I tried to make the layout closer to what the in-game details page looks like. Since I was doing it haphazardly, one feature at a time, I stumbled into a look. It's not a great look; it's serviceable.

There are three other useful features in my spreadsheet that I would like to add to this site:

First thing's first - and that's to do what I should have done from the beginning: create a new repository for this project. Once the rebuild is at feature parity, the new home will be https://hsmercs.rovani.net. I'll set up redirects once that process is complete.

Second step is to do a better job breaking down the user interface into components, instead of dumping everything into a few components and only extracting them when I stepped back and thought "whoa, that's too big". I am also undecided about how to reconcile my desire to have data models ("everything is a class!") with Vue handling data manipulation right in the SFC.

As I build Hearthstone Mercenaries Helper v0.2, I'll be writing step-by-step tutorials as a way to also teach someone else how to build in Vue. Then, and this is a huge stretch goal, I'll do it all over again in React.